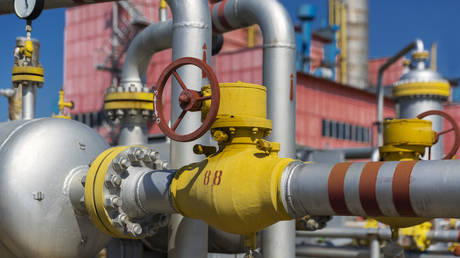 Russia’s state energy giant Gazprom has said that it may soon have to cut off the Eastern European nation of Moldova from exports as a critical deadline to pay unsettled bills is fast approaching and no funds have been received.

In a statement issued on Wednesday, the firm’s spokesman, Sergey Kupriyanov, said that “the existing payments from Moldova from gas have not been collected. A 48-hour period following the notification that supplies will be terminated due to non-payment expires today.”

Earlier this week, Gazprom informed Chișinău that it would have to settle around $74 million in debts for its current usage or face a cutoff. Last month, amid a worsening fuel crisis, the former Soviet republic struck a deal with the Moscow-based energy giant to secure shipments of gas for another five years. The country’s existing contract had been set to expire and a new agreement had been held up by disputes over pricing and previous unpaid bills.

Kupriyanov has previously said Gazprom sought to set the “market gas price” for Moldova but eventually agreed to slash the cost because of the country’s “difficult economic and financial situation,” as well as pressure from Russian President Vladimir Putin.The company’s main demand was that Chișinău pay for its current consumption on time, and enter into discussions about a further $709 million in debts for past deliveries.

The tense situation prompted allegations that Moscow was seeking to exert pressure on Chișinău to tear up an energy deal with the EU. However, Gazprom maintained that the situation had nothing to do with politics and that the company was simply unwilling to operate at a loss.

Russian state energy giant Gazprom has begun exporting gas to Moldova after both parties agreed a new contract to secure supplies. The country had declared…

Ukraine has said it will continue to fight against the Nord Stream 2 after Russia announced the gas pipeline was completed. The Kremlin said the…

Russian state-run energy giant Gazprom has increased output of natural gas by nearly 18% in the first eight months of the current year, compared to…